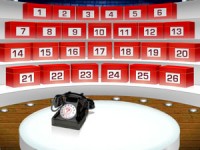 On December 7, suspicious betting on a football game between Olympiacos Nicosia and Doxa triggered an alert among monitoring authorities.

During the game, the betting was heavy on Olympiacos to win, even when the side went two goals down. When Olympiacos won the game 3-2, turnover at one betting company topped $660,000.

An Olympiacos player has been questioned by the Cyprus Football Association, after he pulled out of the game at the last minute.

The Cyprus Mail reports that the Cypriot Police will request permission from the UK to visit an unnamed UK wagering services operator. The Cypriot Police hope to obtain information on accounts that may have been used to fix games, as well as gain Internet Provider (IP) addresses. This questioning is routine in a situation involving unusual betting patterns.